After my mom’s visit, we took the loooonnggg flight to Durham to start my whirlwind 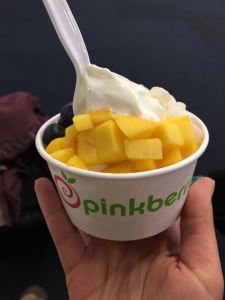 U.S. tour. Somehow, I got super lucky again and our connection to RDU in Atlanta’s airport was in the same terminal as Pinkberry’s so I got to start my trip off with a bang. (Ah, Terminal A. You’re the best. Pinkberry and Coffee Bean & Tea Leaf in the same row?? Perfection.) We got to Durham without a hitch and in an effort to stay awake and get on east coast time, I went to get a haircut, got my flu shot, saw some folks and had dinner with some of my ladies. By the time I got home that first night, I was sufficiently wiped and went to bed. (I can’t sleep on planes so even with the eight movies I saw that kept me energized, it had still been a long time since I had slept.)

I’d done it up during our last trip home so I tried to pace myself a bit more this time and only had one trip scheduled. (The trick was, I did a multi-city trip! Fooled you!) First stop: Sacramento! Jeremy and Alexa are some of our closest friends and I hadn’t been to their house in Sac-Town yet so I was really glad to visit them. (Also, Lex is expecting and I wanted to get that time with them before Jalexa becomes Jalexip. Jeremy-Alexa-[Pip], to be named later. Allegedly.) Leigh Ann came down from Seattle, too, and we had an awesome time exploring Sacramento, eating and enjoying each other’s company. (Well, everyone’s except Jeremy’s.) Then, I flew to Atlanta and I was hosted by the lovely Whittakers! (Seriously, they’re going to start charging me rent soon after the number of times I’ve stayed there…) I got to see my friends, I saw “Lady Bird” (which was perfectly-timed because I could appreciate the Sacramento references even more after my Jalexa visit), ate yummy food and saw my cousins. Fun fun! Finally, I flew to NYC, my absolute favorite city and a place I try to go to whenever I can. I stayed with Tim and Maty and we had an awesome dinner at my (try to follow this) dream restaurant’s sister restaurant’s NYC location. Phew. On my only full day in the city, I met up with friends in-between all of the walking I did – 8.5 miles! I soaked up all of the holiday decorations, went to some Christmas markets and enjoyed every minute! The next day, it started snowing and I feared I wouldn’t get out – though, being stuck in NYC is never bad – but my flight left after only a slight delay. 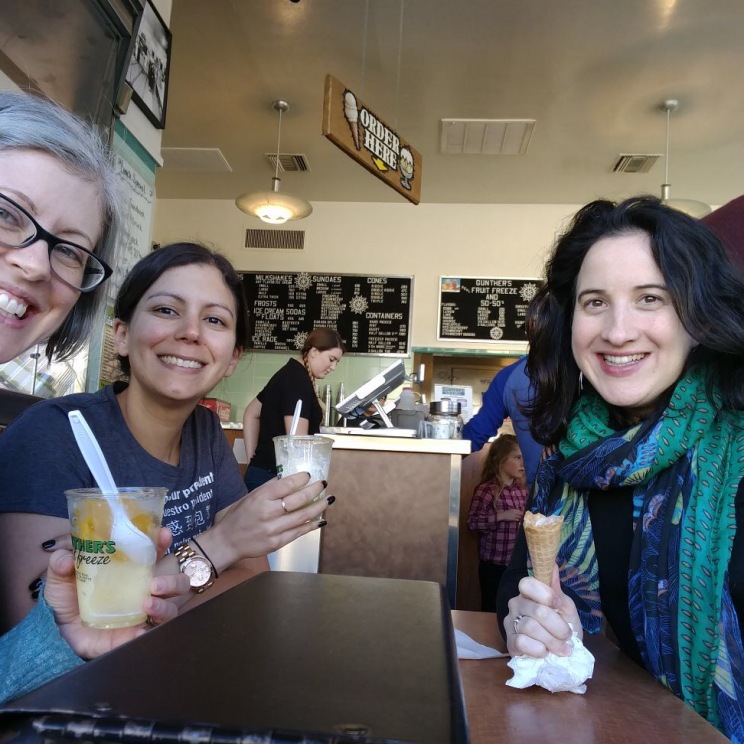 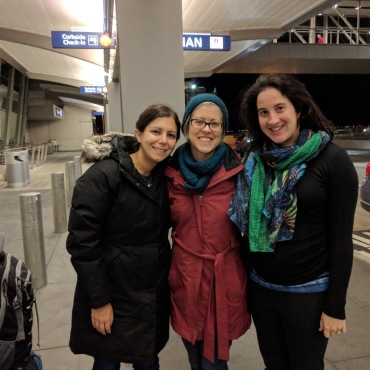 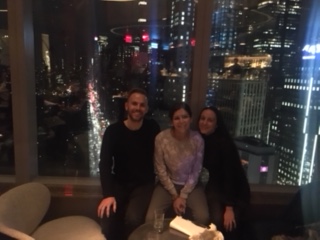 Sittin’ on the top of the world! (Mandarin Oriental Hotel at Columbus Circle)

Once back in Durham, I had various appointments scheduled and tried to see as many friends as I could, while tackling the list Jon and I had created of eateries we missed that we wanted to get to on our visit. I also had to get things ready because Jon and the cats were getting in that week! It was really nice to catch up with friends and just relax. (Though, unlike my initial goal, I still didn’t get much sleep because it was such a go-go-go trip! But it was worth it!) 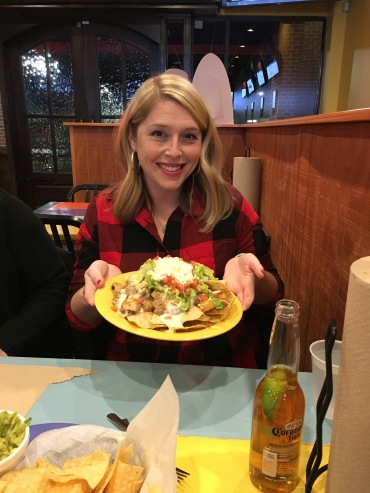 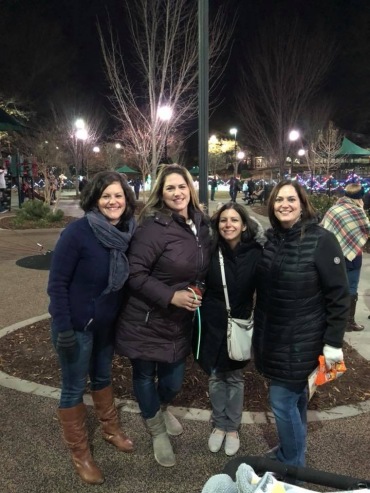 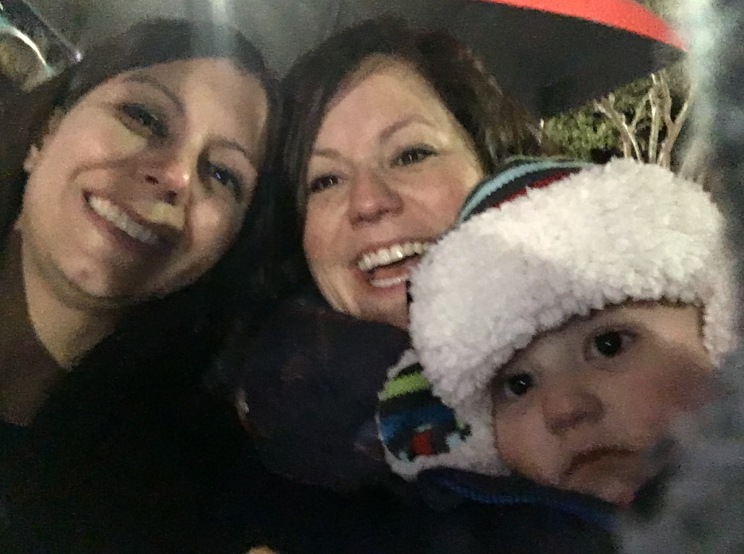 Once Jon arrived, we greeted our shipment (remember that thing that we packed in September of 2016?!?!) after it wasn’t able to be delivered to South Africa, had a ‘date night sleepover’ in downtown Durham, saw friends and worked on that restaurant list. My sister flew down from Montreal and we had fun exploring Durham, saw “Star Wars,” and consumed a lot of warm beverages together. We had to leave her with the cats and my mom, temporarily, to go to Crisp Christmas, but she even joined us for the day on Christmas Eve, which was great! Crisp Christmas was super fun, as usual. The Barkos (Jon’s sister and her family) drove down from Pennsylvania and we all (besides Jon’s brother and his family) stayed in the family cabin! We played games, ate, decorated for Christmas (though Jon’s mom had done the lion’s share of the work), and spent five hours opening presents and stockings. It was a glorious time. We also helped move some furniture – I did the majority of the work there – and had a nice BBQ lunch before we had to leave to get back to my sister. (It always super sucks to say bye…) 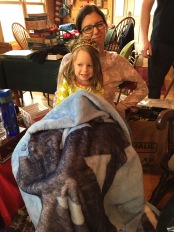 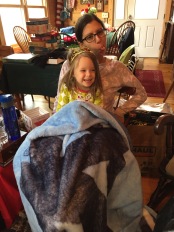 Don’t let Charley’s face fool you – she was pissed, too… 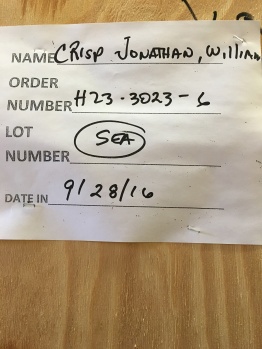 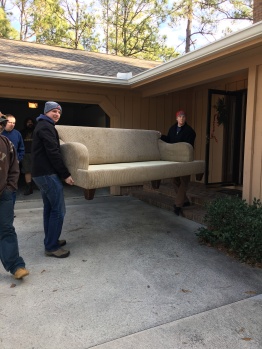 These chumps barely did anything… 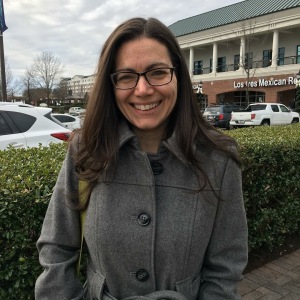 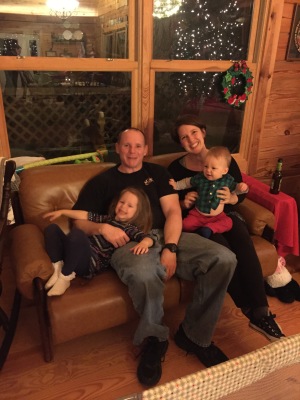 Our last week in town was filled with more food (sensing a theme?), more fun (Ben and Erin’s engagement party, yahoo!!), some extra ink (that seventh star is under protest*), and an awesome New Year’s Eve celebration! (My having fallen asleep on the couch to an episode of “The Golden Girls” was not an indication of the fun I’d had up until 20 minutes before then – honestly. I guess it just wasn’t the most exciting of episodes…?) We had one last lunch with the NC Crisps, a good-bye packing hangout with my mom, and we were off! It was a fun, love-filled, exciting trip to start off the new year**. Let’s do this, 2018! 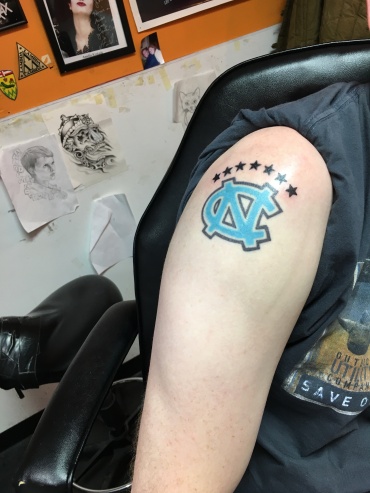 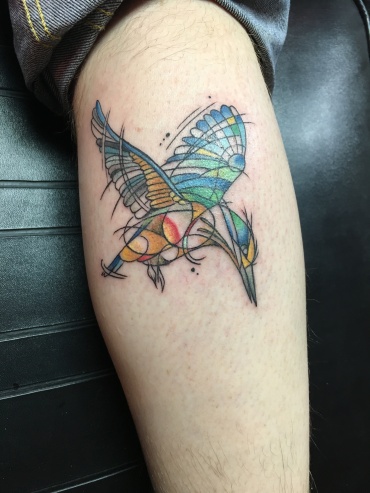 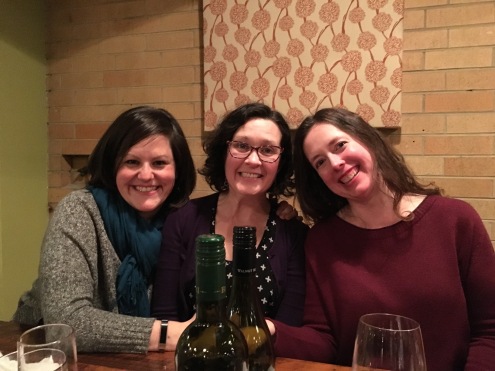 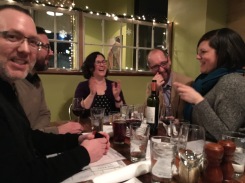 Something really funny was going on at that end of our NYE dinner table! 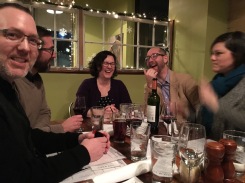 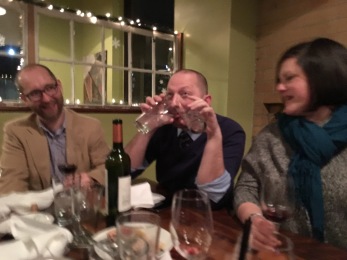 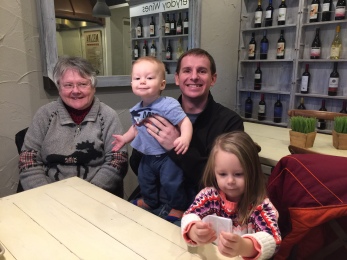 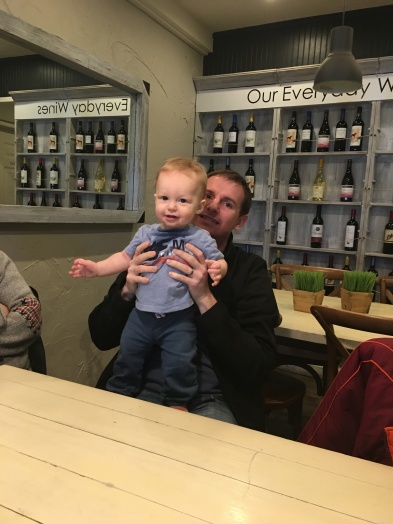 William Jonathan is the cutest!!

Look at that grin! 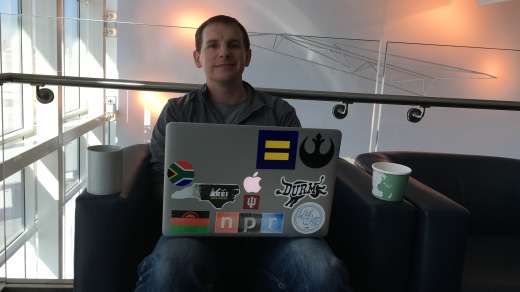 Sky Club at ATL – not too shabby!

**Note to ourselves (I’m looking at you, Jon): We need to take more pictures next time – there were so many friends, kids, family, etc. that we forgot to take pictures with. 😥 And not one picture of a deviled egg from Parker & Otis?? They mean so much to me and I had loads of them this visit! Daaannggg…

One thought on “U.S. Trip – Christmas with the Crisps (& Other Shenanigans)”