Jon here. I thought it would be appropriate for me to give a full rundown of the process of moving ourselves to Malawi.

As a brief recap, Naama and I knew we needed to relocate after a set-back in my immigration application to South Africa late last year. With my employer’s connections and reputation in Malawi, getting a work permit there is an entirely different process. The plan then was to go back to the U.S. for a short home leave and then head to Malawi on January 7th. We were going to keep our apartment in S.A., but planned to consider it an apartment for visiting staff and anyone coming from the Lilongwe office would be able to stay there when visiting the Pretoria office.

In a massive curve ball though, we learned in early January that my higher-ups weren’t going to approve that plan, despite alignment at slightly lower levels of management.  Pretty crappy, but, in their defense, I don’t think they knew how massively this screwed with our plans as it now meant we had to move or sell all of our stuff that we had tentatively planned to sell to Baylor or otherwise keep in South Africa. The next month was crazy – trying to sell things, moving quotes, packing (balancing what to bring versus ship), a quick trip to the Garden Route, and work trips to Swaziland all at once made it all move way too fast. 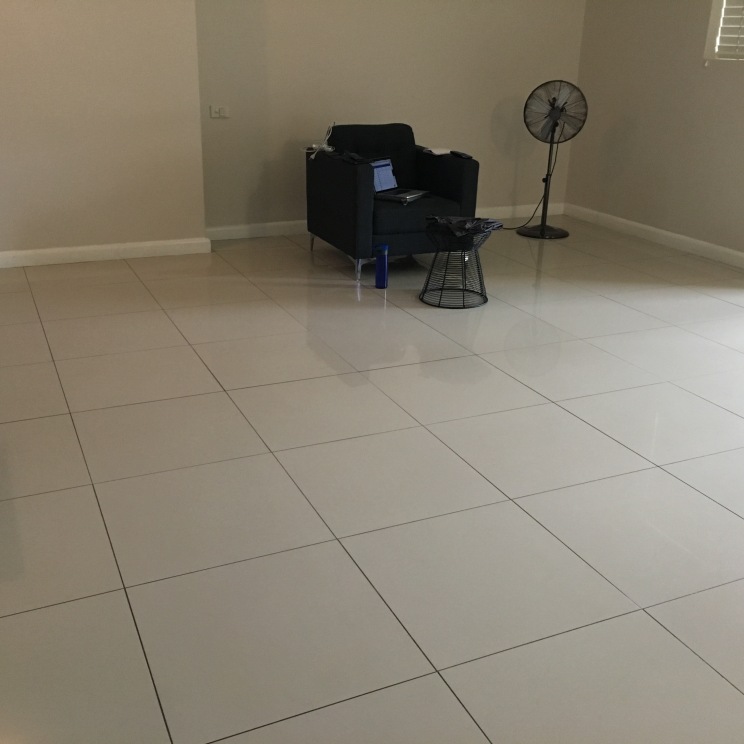 The living room throughout January after we sold the couches and coffee tables.

Fast-forward to February. The movers cleaned out our place and a few days later, Naama’s brother, Nadav, and his family came to South Africa for a couple weeks of safari and the Western Cape. (More to come on this in a future post!) After they left, Naama and I departed Feb. 28 for the Warm Heart of Africa, aka Malawi.

Our day began at 5:00 am. After a quick shower and checking out of our hotel (the 8th in the past month), we went to my office where we had stored all of our possessions not being shipped to Malawi (which would take at least 3-4 weeks). With a rental car to return, 10 stuffed and perfectly-weighed bags (23kg or less!) to check in, and all the other more mundane things that go wrong here we wanted to get to the airport extra early.

Arriving early was a good idea because as it turns out checking extra bags isn’t so straightforward here. After speaking with the usual agent to check-in you get sent to the Extra Baggage Counter where you have to pay for all those bags. As the agent explained, passengers used to be able to check them normally but then they were shocked by the price and/or refused to pay. Better to get the payment first and see if they still want all those bags checked. 45 minutes later, receipt in hand, I returned to the agent showing I’d paid for the 6 extra bags (the 4 standard allowed for free were already checked). The damage? 2100 Rand or a bit over $200 (about $35 per bag). “I told you it would be expensive!”, the agent said. I didn’t have the heart to tell it would have been $600 or more in the United States.

The trip itself was great! Flight on time, breezed through immigration (on both sides), bags all arrived, and Malawi customs waved me right through. Nice! My NGO’s driver met us and we were on our way to our house to drop our bags. No way those would fit in the little car I was borrowing for the next few weeks so no reason to go to the office first to pick it up.

Naama and I had both seen our new place already when scouting for housing back in Nov., so we knew how great it would be – new construction, lots of windows, great landlord, air conditioning, a water tank and a generator in a nice part of town close to lots of friends and colleagues. (We’ll do another post about the house soon.)

After picking up our loaner car and saying hi to colleagues in the office, the rest of the day was consumed by exchanging some dollars into local currency and shopping. The first visit was to Game, the southern Africa equivalent of Wal-Mart, to get all the things a new house needs (adapters, brooms, cleaning supplies, surge protectors, etc. etc. etc.). I forgot to warn Naama that a trip to Game, located in the busiest shopping center in Lilongwe, also involves guys offering to buy your vegetables at the nearby local market, hawkers begging you to look at their paintings, postcards, you name it.  After Game, we headed for Food Lovers, which our landlord told us has the best local produce. A new addition since I had lived in Lilongwe, I was very pleasantly surprised, not just by the quality of the fruits and veggies, but by a myriad other finds. Hoisin sauce and fish oil? Glass noodles? Gummies and nuts by the kilo? Dried cranberries? FROZEN PIZZA? COOKIE CRISP?! It was amazing. 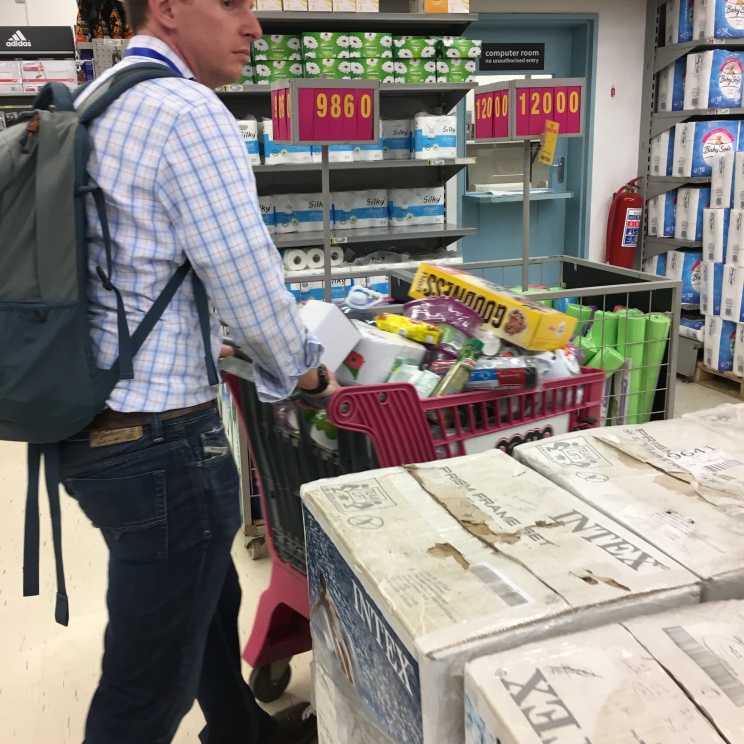 Midway through our trip to Game. The cart would get even fuller.

I’ll let Naama update you on the days since with the settling in, but that should be a good update for now!

8 thoughts on “We’ve Arrived in Malawi!”